I’ve been doing this academia thing for what is honestly starting to feel like forever. Even before I was doing the formal, paper-writing, grant-applying academia thing, I spent high school in what amounted to pre-academia, prepping for the paper-writing, grant-applying, coffee-chugging life through a mix of AP coursework and copious tears. I’ve gotten pretty good at it, I think; my grades are high, my major is double, my opportunities are many. But at this point in the game – heading into the second half of my last year as an undergrad – there’s not a lot left about the process of academia that can surprise me anymore. There are only so many ways to write a paper. My schedule stretches off into the horizon, an unending leapfrog of professor meetings, of research weeks and writing weeks and exams; I know, more or less, what the next three months of my life are going to look like academically.

This weekend was exciting, though, because I did something new. It had been in the works for a while, of course – I’d known for some months that it’s called the Eugene Scassa Mock Organization of American States, that it’s like a model UN conference but just for the western hemisphere, that I was doing it with twelve other students through a class on Latin American International Relations, and that we were representing Venezuela as diplomats. This was literally all any of us (our professor included) knew about it when we drove four hours down south to Waco, Texas, business suits on and resolutions in hand, to participate. 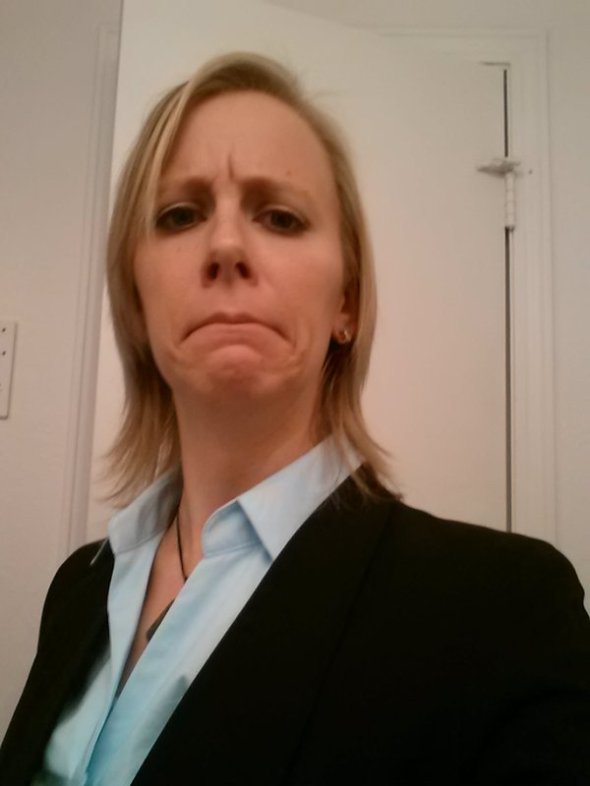 So, like, the actual events of the conference don’t really need much elaboration (for all I can’t stop talking about them). The point of this post is not what, specifically, happened in these endless rounds of fake diplomacy. The point is that the Delegation of Venezuela walked into this conference having had a single one-hour session explaining what it was in the three months preceding it, and nothing else. We had never been briefed on parliamentary procedure. Our knowledge of Venezuelan politics was broad, but not comprehensive. We did not know what the word “quorum” meant, and I am not sure more than two of us could have named more Venezuelan presidents than Chavez and Maduro.

To put this into perspective, multiple schools count participation in this conference as a class, for credit. We arrived to find people there with five-inch binders stuffed full of their notes; people carrying full CIA-style dossiers on us; people who had been here seven or eight times already with little crowds around them, planning their next three days in the first fifteen minutes. I began showing my resolution around, hesitantly, and learned that the presence of a single word in one clause meant that the whole thing violated OAS rules on the maintenance of national sovereignty. I’d had no idea. None of us had. I spent the first committee meeting just memorizing jargon, writing it down shamefacedly in the margins in tiny script– The Delegation of Venezuela would like to pose a question to the Delegation of Honduras through the Chair. In the spirit of diplomacy, the Delegation yields the rest of its time to the Chair. Thank you for your diplomacy, delegate. Point of personal inquiry. The Delegation would like to commend the author of this resolution for their dedication to….

In the second committee meeting, though, I spoke. I hadn’t planned to, but then the Delegation of Argentina introduced a resolution that directly contradicted mine, that I knew we’d passed legislation against recently, that I couldn’t in good conscience let go by. I was Venezuela. So I spoke. And then I spoke again. I debated, and I argued. I voted for some things and against others. I passed notes. I wrote an amendment. I couldn’t keep my feet still under the table from nerves, but I participated. And an hour in I wasn’t afraid anymore.

Look, this sounds so stupid – it’s a mock diplomatic conference, for God’s sake – but you don’t understand. The Delegation of Venezuela was a Disney Channel original movie this weekend. By the end, we weren’t just participating– we were fixing our mistakes, we were suggesting improvement, our head delegate was in the center of a mass of pretend diplomats who had poured out of the General Committee in a fit of rage after the crisis plenary, winging notes left and right, pulling ALBA and UNASUR around him and introducing bombastic, pointless motions. We went from being asked to sit down in committee for failing to follow parliamentary procedure to sending gofers between committees with page-long notes– Push for amendment on Mex. resolution to break co-signatory obligation, Argentina will co-sign, vote no w/rights: ALBA partner on “yes” side, Ecuador + Colombia will vote w/us after crisis. We couldn’t stop talking about it. We debated seven straight hours a day in committee, and when it was over, we would go to dinner or out to a bar and keep debating. Saturday we were three or four beers in, jackets slung over the backs of our chairs, arguing about birth control legislation in the hemisphere, about airspace rights, about the Rio Treaty, and the conference had been over for three hours already. “Next year,” we were saying– “Next year we’re coming prepared.”

It was new. I haven’t been dropped and expected to land on my feet in a long time, not in that way. I’m not sure I’ve ever been so solidly landed in something I didn’t understand before, actually. And, like– yes, I know, it’s just a mock diplomatic conference, but– this weekend I landed in the middle of a group of incredibly competent people whose methods I did not understand, and I survived. And didn’t just survive, but was a force to be reckoned with – was relevant – had a delegate come up to me afterward and tell me that I had upset their weekend strategy, as they’d been assuming the new kids weren’t going to participate. I stood up and said their dumb words and addressed my points of information to the chair. I negotiated. I was a little bombastic sometimes. We were a good Venezuela, between us, and we hadn’t expected to be, and that was astounding.

Man, it’s the last month of the semester, and I don’t know how I’m going to do on my accustomed academic bullshit – the research, the writing, the copious tears. But I didn’t fuck this up. I feel competent in a way I haven’t really gotten to before. I’m legitimately disappointed I’m not going to get to do this again. I had an anxiety attack over this on Thursday; it feels hella good to feel this way on the other side of it.

….Three minutes later, his head delegate came in to tell him that his entire delegation had decided to walk out on the conference in solidarity with the United States, which was facing trouble in the crisis meeting at the hands of Venezuela and its allies, and he left without saying another word to us. But man, it was a touching thought at the time.

This entry was posted in Uncategorized and tagged ESMOAS. Bookmark the permalink.